Real-life experiences and peer-reviewed studies show that a Walmart Supercenter at Suburban Plaza will: 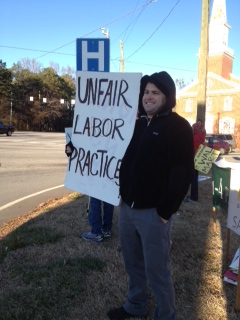 Plus, Walmart isn’t holding up the bargain it made to neighbors and local businesses near Suburban Plaza, even before the first building permit has been pulled.

Read all about it.

And Walmart’s being investigated in the United States and Mexico for violating federal laws against bribery:

Vast Mexico Bribery Case Hushed Up by Wal-Mart After Top-Level Struggle
Confronted with evidence of widespread corruption in Mexico, top Wal-Mart executives focused more on damage control than on rooting out wrongdoing, an examination by The New York Times found.

4 responses to “WHY NOT WALMART?”